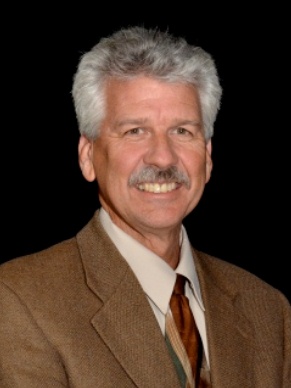 Scott Hess was appointed to the Board in 2013. He was then elected in 2014. 2016 and again in 2020. Scott has resided in Roscommon since 1972 when he started the 8th grade in what is now the CRAF Center at a time when 7th and 8th grade students were taught alongside high school students. Prior to that he lived in Royal Oak and attended Shrine of the Little Flower grade school. After graduation from Roscommon High School, he attended Olivet College for one year then transferred and graduated from Michigan State University with a Bachelor of Arts degree. Hess concluded his education at Thomas M. Cooley Law School in 1984 earning a Juris Doctor degree. After passing both the Michigan and Florida bar exams, he joined his father's law practice and has been a Roscommon attorney ever since with the firm Hess, Hess & Daniel, P.C.

Scott has two children, Ashley and Michael, both of whom attended the Roscommon school system from kindergarten through graduation from high school. Scott is married to Teresa Henry, whose daughter Andrea also graduated from Roscommon High School. Both Ashley and Andrea are Registered Nurses and Scott's son Michael has graduated from Barber College, is licensed in five states and is in the process of opening "Great Lakes Barbershop" in Traverse City. Ashley and her husband have two children who attend or will attend RAPS Schools. Andrea and her husband Lance Cherven have six children all of whom attend or will attend RAPS schools.

It is Scott's goal as a member of the School Board to ensure that all children attending Roscommon schools receive the same quality education his children received, or one which is even better.

Janae Ostling was born and raised in Roscommon Michigan where she, and her husband Blake, own and operate Higgins Lake Landscaping. She has four children, Alyssa (class of 2018), Alayna attending RHS, Owen at RMS, and Gradyn at RES. She is also a third-generation proud Buck!

Janae attended Kirtland Community College and Central Michigan University. She previously served for 14 years as the Treasurer for the Village of Roscommon and served an additional 10 years as the Higgins Township Treasurer. During many of those years, she also worked as secretary for the Downtown Development Authority.

Shannon Welty Gee grew up in Centerville, Utah and has lived in Maryland, New York, and Arizona before arriving with her family in Roscommon. She is now a single mom of five boys. Two of her sons, Jim (class of 2016) and Josh (class of 2107), graduated from Roscommon HIgh and are attending Brigham Young University in Provo, Utah. Isaac, Aaron  and Jacob are currently attending Roscommon High School. Shannon is currently working for Munson Grayling Hospital Roscommon clinic while studying for a degree through Brigham Young University-Idaho’s online program.

Shannon has served as a Roscommon Area Youth Booster Club board member and likes to volunteer in the schools working on the musical, chaperoning various field trips, and other school related activities while shuttling her boys to their after school events. She says she was raised by her parents to be a contributing member of society and by becoming a Roscommon School board member, she feels she is fulfilling this role and setting an example to her children. Shannon’s hope is to help Roscommon Area Public Schools continue to be great.